Is Your Company Prepared For The SECR Reporting Deadline?

The SECR legislation that came into force on 1 April 2019 requires qualifying* large companies to report their total energy consumption and greenhouse gas emissions for the first complete financial year after that date. Companies with financial year from April to March must now prepare to lodge their annual report and accounts at Companies House for the financial year ending March 2020 or thereafter. They must include in their Directors’ report as a minimum the following mandatory information.

The definition of “large” is the same as applies in the existing framework for annual accounts and reports, based on sections 465 and 466 of the Companies Act 2006. The qualifying conditions are met by a company or LLP in a year in which it satisfies two or more of the following requirements:

Why is this important and is SECR mandatory? 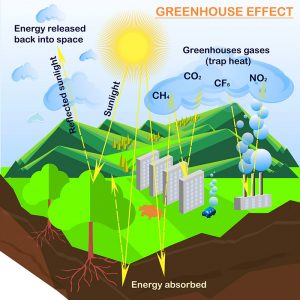 Global warming is caused by greenhouse gases in the atmosphere which trap heat. The UK government has set a target for the UK to achieve net zero carbon by 2050. While there can still be emissions of greenhouse gases these will need to be offset by measures to remove the equivalent amount of carbon from the atmosphere. SECR provides directors with essential information to plan how they are going to reduce emissions and achieve net zero by 2050.

There are direct benefits to your organisation from measuring and reporting on your environmental performance:

Steps in the reporting process

Step 1: Determine the boundaries of your organisation.

Boundaries can be set according to:

Equity share boundary: The organisation accounts for GHG emissions from operations according to its share of equity in the operation.

Step 2: determine the period for which the organisation should collect data.

The reporting period should be for 12 months and ideally should correspond with the financial year to allow easy comparison of financial and environmental performance.

For SECR we are concerned with measuring the total energy consumption and then using government approved conversion factors to calculate the GHG emissions. It should be noted that the new legislation now requires both quoted companies and large unquoted companies and LLPs to report both total energy consumption and GHG emissions. Electricity and gas consumption should ideally be obtained from meter readings and avoid estimated readings. For transport litres of fuel purchased should be obtained where possible for example from fuel card records. For grey fleets it is often necessary to use records of mileage travelled on company business and estimate the fuel consumption using any available information on the vehicles used. Gas oil use can be determined from delivery records. LPG may be recorded as litres or kg delivered. Identifying process energy within the total depends on the sub-metering available.

Guidance on environmental reporting including SECR can be found here

Organisations reporting at group level must take into account any subsidiaries included in the consolidation which are quoted companies, unquoted companies or LLPs. However, there is an option to exclude from the report any energy and carbon information relating to a subsidiary which the subsidiary would not itself be obliged to include if reporting on its own account.

This document covers only mandatory reporting under the SECR legislation. For further guidance on voluntary environmental please refer to  ‘Environmental Reporting Guidelines: Including streamlined energy and carbon reporting guidance March 2019 (Updated Introduction and Chapters 1 and 2)’ using the link above.

How we can help your business comply

Colin Lillicrap Associates Ltd has been carrying out energy audits and advising large businesses on decarbonising their operations since 2014 under the Energy Saving Opportunities Scheme (ESOS).  ESOS and SECR require the same data to be collected and processed but there are significant differences in the qualifying criteria and reporting requirements. Based on our years of experience of advising companies on energy and cost savings we have developed a template for rapidly process your energy consumption for all end uses and providing the outputs directors need to prepare their report to comply with SECR.