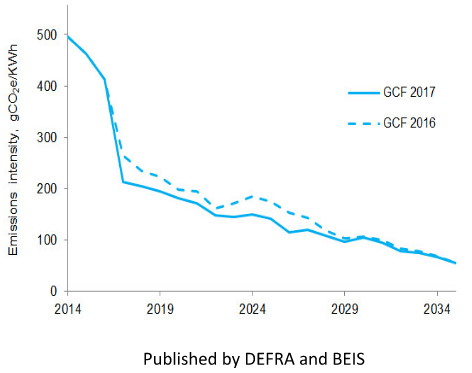 On 27 June 2019 Government committed the UK to legally binding target of net zero emissions by 2050.   To achieve this target the government has introduced a large body of legislation in the form of green taxes but also incentive schemes and grants.  For example, energy intensive sector need to comply with the UK Emissions Trading Scheme (ETS) with a reserve auction price of £22 per tonne. A Climate Change Levy (CCL) is charged on electricity, gas and LPG. The Renewable Heat Incentive (RGI) is designed to encourage investment in heat pumps and solar collectors.  For more details click here

By committing the UK to legally binding target of Net Zero Carbon by 2050, the government has raised awareness of climate change and the need to reduce UK greenhouse gas emissions.  The public now expect companies to take action to protect the environment and investors are attaching greater importance to a company’s green credentials. The UK government recently updated its climate change policy by enshrining in law a new target to slash emissions by 78% below 1990 levels by 2035. Further government announcements and commitments may be announced at the COP26 conference in Glasgow in November. While 2050 may seem a long way ahead,  companies with a credible plan to achieve net zero will be more sustainable and better able  attract investors at lower interest rates.

How can companies decarbonise their operations

To achieve Net Zero Carbon by 2050 companies will as far as practical need to decarbonise their operations by replacing fossil fuels with electricity generated from renewable sources. Due to the increasing share of electricity generation from renewable sources the emission intensity of grid electricity is predicted to drop below 100g CO2e/kWh by around 2030. This compares with 184g CO2e/kWh for natural gas. There are a wide range of electrical based technologies that can be deployed to decarbonise a company’s operations such as, heat pumps, electric vehicles and hydrogen fuel cells.

In general it will not be possible to reduce GHG to zero even with advanced electrical technologies.  After emission have been reduced as far as practical, any remaining emission should be balanced by an offsetting scheme.  An offset scheme promises to cancel emissions in one place with emission reducing action in another. Planting trees is a popular offsetting method but recent research shows that it can take around thirty years for a tree to mature and become a net carbon sink.

For many companies decarbonising their operations will be very challenging. The UK government has steadily tightened its policies on GHG emissions and there is a growing body of legislation relating to emissions that companies need to comply with while at the same time there are grants and tax incentives to encourage the take up of low emission technologies. The many points to consider when planning how to decarbonise your activities  to achieve net zero carbon are discussed here

How we can help develop your decarbonisation plan

Through our energy audit we identify your total GHG emission from all activities. We review alternative technologies to reduce these emissions and report back with a ranked list of costed proposal taking into account available grants and tax incentives. For example, it may be the right time to start replacing your current fleet of company vehicles with  low emission vehicles in anticipation of the phasing out of the internal combustion engine from 2030.  We have already advised clients on removing boilers and using air conditioning heat pumps in both heating and cooling mode but this needs careful optimisation to achieve a financial return. We have installed many LED lighting systems with a payback of under three years. However, we also look for low and no cost saving through better energy management.

The decarbonisation plan should include the setting up a Targeting and Monitoring system to ensure the predicted savings are being achieved. This may require sub-metering to be installed. Senior management should take responsibility for regular monitoring and reporting and to take action when necessary. This is the basis of a good energy management system such as ISO 50001 which works on the principle of Do, Check, Act, Plan.

We can offer guidance on setting up an energy management system based on ISO 50001. Smaller businesses may wish to reap the benefit of such a system without the expense of becoming accredited. 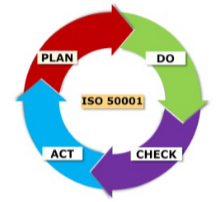